What Is A Shih Tzu?
History, Appearance, Cost and more

I often presume that everyone knows what a Shih Tzu is, which of course many do.  But with all the different dog breeds in the world today it’s nearly impossible to know them all.

So for those who have ever asked "What is a Shih Tzu?", this article is for you. 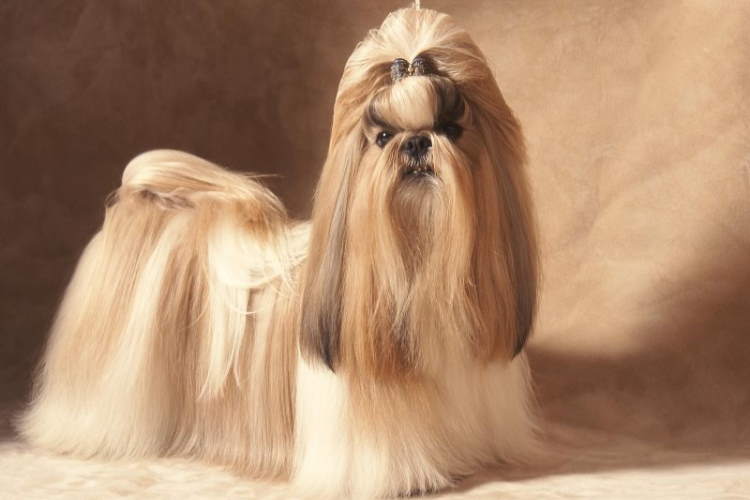 A Shih Tzu is a small dog breed, with long flowing hair and a fluffy tail curved over their back.  They are believed to have originated in Tibet centuries ago, and were highly prized by the Chinese imperial court as the pet of nobility.

The Shih Tzu’s sole purpose is that of a companion.  Shih Tzu are people dogs and love spending time with

Although that explains a little bit of what a Shih Tzu is, there is still so much more to know about this noble little dog.

History and Legends of the Shih Tzu

Shih Tzu (Pronounced SHi tso͞o) in Chinese means little lion.   As they resemble lions with their fluffy manes the name pretty much sums it up accurately.

Shih Tzu have been around for quite a long time.  Their ancestry dates back to well over 1,000 years.

Legend has it Buddha traveled with a little lion dog.  This little lion-like dog could transform itself into a full-sized lion and carry Buddha on it's back.

Lions were highly regarded during the Han Dynasty (206 BC - AD 220), as can be observed from the stone lion statues erected in front of imperial palaces, buildings, homes of government officials, and temples.

These stone guardians are believed to have protective mystical power.

It is alleged that Tibetan Monks developed this little lion dog to offer as gifts to the emperors of China.

In the late 1800's Shih Tzu were highly valued by the Dowager Empress Cixi of China.

Having been gifted a pair of Shih Tzu from the Dalai Lama, the Empress had instructed her eunuchs to breed Shih Tzu until her death.

It was during the Dowager Empress's reign where it was permitted that only royalty could possess a Shih Tzu.

After the Dowagers death, the breeding of Shih Tzu came to end.

As they became harder to come by, a few of these dogs had been gifted or more likely sold to some visiting Europeans.

Eventually they would make their way to the U.S. and were finally recognized by the AKC in 1969.

These few Shih Tzu, as it turns out, would be the reason this breed is still in existence today.

Whereas in 1949 when the communists came to power in China, these little dogs were not viewed upon favorably and thought of more as a  drain on resources, and were all destroyed.

Generally, Shih Tzu are small dogs, 9 to 10 ½ inches tall and weighing between 9 to 16 pounds.

Their muzzle is short which gives them that flat face appearance.  And they have large, round wide-set eyes.

Their sweet looking round face, long silky hair and fluffy tail,  gives the illusion they may be a fragile little doggie.  But they are surprisingly very sturdy and solid.

Shih Tzu have also been referred to as the "Chrysanthemum" dog.  This is because their facial hair grows out in a circular pattern like that of the  flower.

Breed standard is what tells us what a Shih Tzu should look like.  But even if our own Shih Tzu don’t have the perfect proportions or his nose is a little too long, doesn’t mean they aren’t perfect to us.

If you aren’t planning to show your Shih Tzu, you don’t have to be too concerned with how “perfect” they are, however you still want to make sure you actually get what you are paying for.

How Much Do Shih Tzu Cost

A purebred Shih Tzu puppy can be quite expensive to purchase.

When buying from a reputable breeder, you can expect to pay over $1000.  A show quality Shih Tzu puppy can cost over $2000.

Breeders put a lot of time and money into breeding high quality, healthy dogs.  Dog food, vet visits, vaccinations, grooming and other expenses, all add up.

The Breeder needs to recoup the money they’ve spent in breeding these perfect little pups.

The cost of a Shih Tzu can vary depending on their age, how many imperfections they have according to the breed standard.

For instance, an older pure bred Shih Tzu who have had litters, or have been retired from competitions may be just a few hundred.

Or one that is considered too small, often called the runt of the litter, wouldn't be as expensive as a Shih Tzu puppy of the average size.

Another way you may be able to find an inexpensive Shih Tzu is in a shelter.

There are many reason why a Shih Tzu may wind up in a shelter.  They may have gotten separated from their family who couldn't be located, a death of their owner, or any circumstances beyond their control.

Regardless of how they got there, these dogs need a good home too.

And giving a home to a shelter Shih Tzu will be so rewarding.  As most dogs will be grateful for having a home where they will have a happy life with people who love them.

Here are just a few shelters where you can find your new furbaby. 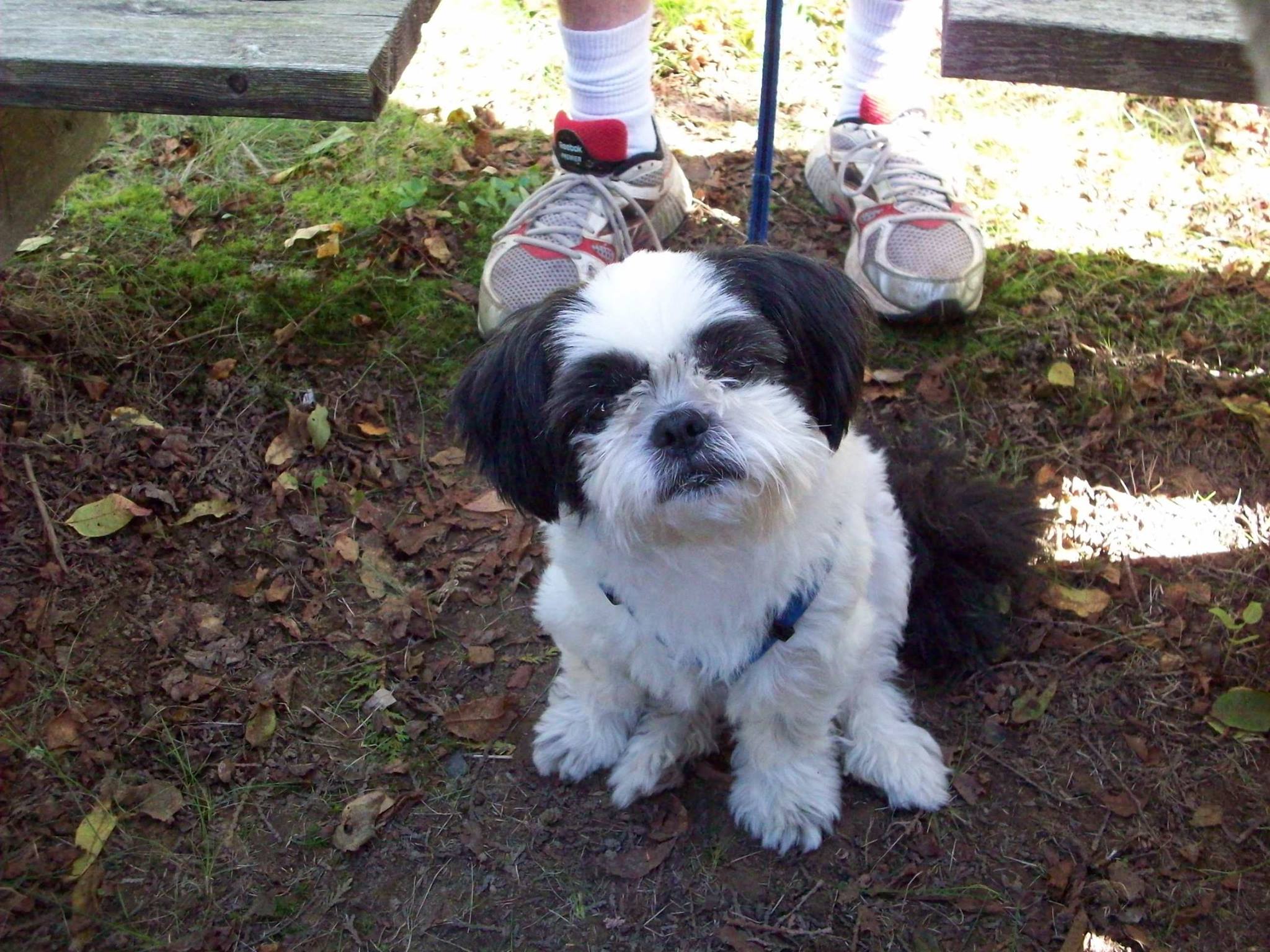 What Colors Are Shih Tzus?

Shih Tzu have a long luxurious coat made up of soft, silky hair.  This coat may be in any color and any pattern with any markings.

They also have a mixture of colors like the ones listed below:

The Shih Tzu's charming personality is so lovable you can't help but adore them.

When people walk in the door they may bark, but will quickly warm up to them.  They are not known to be overly barking dogs.

Of course, there may be rogue one out there somewhere, but overall Shih Tzu are outgoing, happy, playful, affectionate and trusting toward people.

They can also come across as arrogant and stubborn.  I sometimes wonder if they think they should be living the pampered life of a royal dog.

That's okay, they are always a joy to be around, and they bring so much happiness to whoever is lucky enough to be owned by one.

Depending on what you are looking for in a pet, a Shih Tzu can be a great addition to your household whether in a large home or a small apartment.

They pretty much adapt to any environment they live in.

They are not highly active dogs, but are very affectionate and would love nothing more than to be with you.

Although they would love nothing more than to curl up on your lap and let you cuddle with them.  They do fine when left alone.

So if you are busy doing something around the house they will be fine playing with their toys.

Overall, the Shih is a great breed.

They may be a little high maintenance when it comes to grooming, but really they are worth it.

© 2012- 2021 EverythingShihTzu.com - ALL RIGHTS RESERVED REGARDLESS OF LINKS OR ATTRIBUTIONS