Standard Shih Tzu  vs. Imperial Shih Tzu and How To Know The Difference

Standard and Imperial Shih Tzu dogs are the same breed, yet they are different.

You may have heard the term "imperial" used to describe a Shih Tzu dog and thought it was just part of their name.

But the fact is there is a big difference between the two.

So just what is a Standard Shih Tzu vs. an Imperial Shih Tzu?

Standard Shih Tzu are purebred members of the breed that are approximately 9 to 16 pounds. Imperial Shih Tzu are dogs that are bred in a variety of ways to purposely make them smaller than the breed standard. 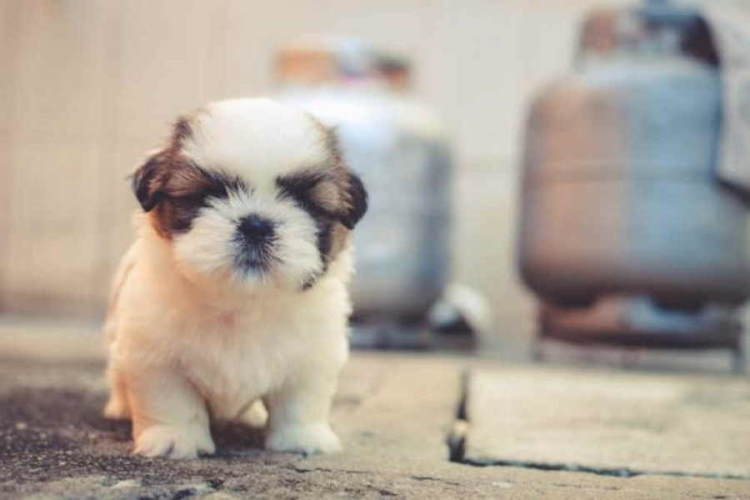 Imperial Shih Tzu are also known as "teacups" because some of them are so small that they can literally fit inside of a large teacup.

Breeders that market Imperial Shih Tzu dogs have done a great job convincing people that these dogs are exclusive and rare.

You may be tempted, as many people are, to buy a miniature Shih Tzu, believing that it's exactly the same dog as the purebred in a petite, precious package.

While the two dogs do share many similarities, Imperial Shih Tzu have a few critical differences that need to be seriously considered.

First and foremost, the main difference is, of course, their size.

Standard Shih Tzu are between 8 and 11 inches in height and between 9 and 16 pounds.

Imperial Shih Tzu can be just slightly smaller than this or weigh less than five pounds!

This leads to a very significant difference between the two dogs types.

The tiny Imperial Shih Tzu are susceptible to major health issues and weakness due to their small size.

This is especially true for those dogs that are bred to grow no larger than 5 pounds.

Standard Shih Tzu, in comparison, are considered to be sturdy and reasonably healthy dogs.

Although Standard Shih Tzu are prone to several health conditions, including hip dysplasia, patellar luxation, collapsed trachea and breathing problems, as well as a number of eye, ear, and teeth issues, this does not mean that all Shih Tzu will get these problems.

It simply means that the breed tends to see more of these issues than other conditions.

In Imperial Shih Tzu, however, these health issues are more likely to manifest and be more prominent due to the dog’s tiny stature, smaller bones, and weaker bodies. 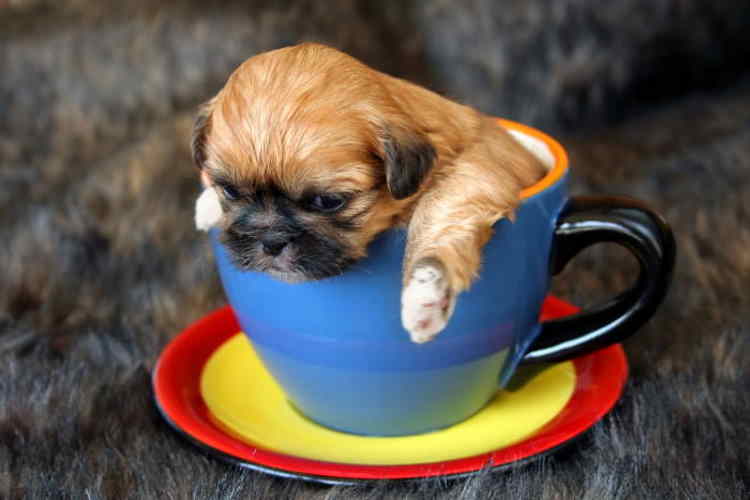 These health problems are not necessarily true for all Imperial Shih Tzu.

There are some Imperial Shih Tzu that may be slightly under the breed standard weight of 9 pounds.

These dogs can still generally be found to be in good health and live the average life of a Standard Shih Tzu which is approximately 12 to 16 years.

The issue of poor health becomes a problem when improper breeding methods are used.

This is another difference between Imperial and Standard Shih Tzu -- how they are bred.

These dogs are bred to conform to the breed standards for Shih Tzu that are set by the American Kennel Club (AKC).  The AKC does not recognize the Imperial Shih Tzu as an actual dog.

Imperial Shih Tzu are bred to intentionally be smaller than the breed standard.

This is not necessarily wrong if it is done in an ethical way.

The main problem is with breeders that strive for micro-mini pups or dogs that come in at five pounds or less.

These poor pups, although super cute, are most likely destined for a future of numerous vet visits and problems.

These health conditions mean that the owners can probably count on a vast collection of vet bills.

The high cost of care, coupled with the fact that these dogs can cost anywhere from $2,000 to $3,000, make Imperial Shih Tzu quite a hefty (and risky) investment in canine companionship.

Standard Shih Tzu by comparison, won't have anywhere near the same amount of veterinary care cost, barring any exceptional health problems, and you will normally pay approximately $750 for a Standard Shih Tzu.

Given the hefty price you may pay for these tiny dogs, it's rather odd that they are not recognized as an actual dog breed.

I know it sounds bizarre, that Imperial Shih Tzu are not considered a dog breed when you are looking at one in the flesh, or holding one in your hand, confusing, right?

But what is meant by this is that the imperial Shih Tzu are not acknowledged in show events as a true breed.

The American Kennel Club and the American Shih Tzu Club do not recognize the Imperial Shih Tzu as members of the Shih Tzu breed because these tiny dogs fall below the standard height and weight for the average breed.

Imperial Shih Tzu are not recognized as a separate dog breed mainly due to the fact that they are a result of incorrect breeding methods or even possible pre-existing health issues.

The word imperial, in fact, in this context simply means, small.

There is no such breed as an Imperial Shih Tzu, they are a Shih Tzu, just bred smaller.

If you decide that you want to add an Imperial Shih Tzu to your family, or maybe you've already met one that has stolen your heart, the AKC suggests that you find a reputable breeder.

Beware of breeders that create mini pups by dealing with ill dogs that already possess several health issues, or even worse, some breeders that intentionally introduce a specific gene that causes dwarfism. 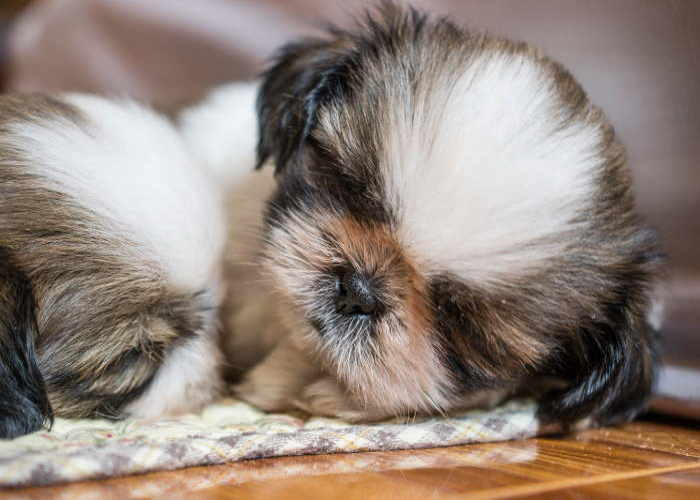 These breeders have created an entire market of "luxury pups" that have become a staple in celebrities' handbags.

These pups are often treated more like a fashion statement or furry accessory than as a pet.

There is no denying the fact that these miniature pooches are adorable to look at, but it's essential to know exactly how they are bred.

Therefore, do your research and find a qualified breeder.

Some Imperial Shih Tzu are bred to be smaller simply by putting together two healthy runts from different litters.

Other Imperials are dogs that were bred appropriately from two purebred Shih Tzu, but weighed in just under the 9-pound standard, and therefore cannot be considered a Standard Shih Tzu.

In cases like this, the dogs may not be too far off from the breed standard.

Shih Tzu that weigh approximately 7 or 8 pounds, while not considered purebred, can still be very sturdy and not present the same large number of health issues as their teacup counterparts.

If you want a smaller Shih Tzu, the dogs that weigh closer to that 7 or 8-pound mark would be your best bet for a healthy and ethically bred dog.

There is nothing wrong with choosing an Imperial Shih Tzu as your next pet, but it is important that you fully research the breeder that you will use.

Standard and Imperial Shih Tzu can be wonderful dogs, but it is your responsibility to know where your new pup is coming from and its history and bloodline.

Avoid “backyard breeders,” that are looking to make a quick buck and peddling tiny Shih Tzu as high-end pets.

These micro-dog puppy mills are an unfortunate result of dishonest, unethical breeding, and mislead people into believing that Imperial Shih Tzu are an exclusive and true dog breed.

The fact is, no such breed exists.

For more interesting facts about the lovable Shih Tzu make sure to check out the rest of our blog!

If you are considering adding a Shih Tzu into your household, you’re sure to find everything you need to know to be prepared for your new furry friend, right here!