Every dog is unique, meaning each dog has a distinct personality, physiology, and susceptibility to various conditions and issues.

However, it's also typical for breeds to possess shared characteristics, including being more prone to certain diseases.

For example, Shih Tzu are prone to a genetic form of kidney disease called Renal Dysplasia. However, just because a breed is prone to certain conditions doesn't mean all dogs in that grouping will get kidney disease. 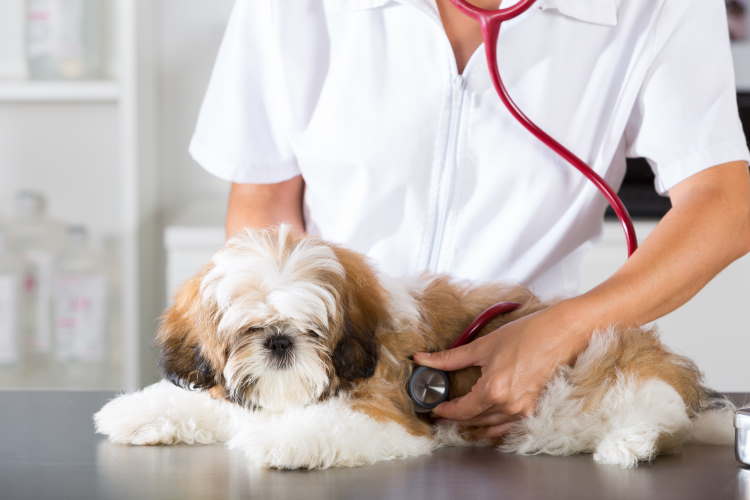 It simply means people tend to see those particular conditions more often in some breeds than others.

For example, regarding Renal Dysplasia, a Shih Tzu may inherit the disease, which means it could start affecting your dog during their puppy years.

But, with early detection and proper treatment, dogs can live several years with kidney disease, depending on the stage. Therefore, it's critical to understand the early warning signs of kidney issues.

What Is Renal Dysplasia in Shih Tzu Dogs?

Renal Dysplasia involves underdevelopment of the kidneys. Dogs can either inherit or acquire the disease.

However, in Shih Tzu, it is primarily a genetic condition, with onset occurring in the womb as the kidneys begin to develop.

A dogs' kidneys will typically fully mature by about eight weeks of age.

However, when Renal Dysplasia is present, this maturing process doesn't happen. Instead, a specific part of the kidney, glomeruli, remains immature.

Glomeruli filter waste and extra water out of the blood, excreting it through urine. The level of immaturity in these capillaries determines the severity of the disease.

For example, the condition can range from borderline to severe, so where ever a pup falls within this range can influence its lifespan.

If the condition is mild, a Shih Tzu can live a relatively long life, between about 10 and 16 years.

You can break the disease into three stages:

Stage one of Renal Dysplasia can occur over months or even years, with kidney function slowly declining. However, there are no apparent symptoms present during this time, so it can be challenging to recognize that something could be going on with your dog.

Symptoms can start to show up during this stage as the kidneys function at less than 50% (close to 30%) efficiency. Stage two can also persist for months or years.

Renal failure occurs in the final stage, with death being inevitable within a couple of months.

Also, many Shih Tzu can be carriers of the disease without actually developing the condition themselves. Instead, they pass it along to other pups.

Since Renal Dysplasia is primarily an inherited disease in Shih Tzu, it can be present in young puppies, although it might not be readily noticeable, not presenting symptoms for years.

What Are the Signs of Kidney Disease in Shih Tzu?

As previously mentioned, in the early stages of Renal Dysplasia, you may not notice any symptoms. This is especially the case if the disease is mild, in which case, your dog may never show signs and live out its full life.

However, when symptoms do start to show, often the first sign is excessive thirst. This is why it is important to know your dog's habits, including how much they usually drink.

If you notice your pup starting to drink more than usual, it's vital to take it seriously and bring it to the attention of your vet.

Other symptoms that tend to show up in stage two are loss of appetite, weight loss, low energy, and an excessive amount of clear urine.

Finally, in stage three, things like weakness and vomiting start to present themselves and eventually death.

How Do You Diagnose and Treat Kidney Disease in Shih Tzu?

If your Shih Tzu shows signs of Renal Dysplasia, or you suspect they have the condition, your vet will typically run several tests, including special urine tests and ultrasounds of the kidneys.

In younger dogs, X-rays could be helpful if they show the kidneys are too small in size.

However, older dogs could have other conditions at play that could make it more challenging to diagnose Renal Dysplasia based on X-rays alone.

To confirm the diagnosis, your vet will likely perform a biopsy of the kidney.

The tissue would have immature glomeruli and would also indicate the level of severity of the disease.

Recently, there has been a genetic test that will determine the likelihood of your dog developing Renal Dysplasia. However, it is currently not recommended as many professionals believe further research needs to be completed first.

Except for a kidney transplant, there is no way to cure Renal Dysplasia.

Therefore, if your vet determines your Shih Tzu has the condition, they will likely recommend some lifestyle changes and potential medications and therapies.

Here are a few potential suggestions your vet might make:

How Long Can a Shih Tzu Live with Kidney Disease?

The lifespan of Shih Tzu with Renal Dysplasia varies widely based on the severity of the illness and its rate of progression. If the disease is severe enough from the very beginning, then it can be fatal for puppies as young as six months old.

However, if the condition is more moderate, your dog may not even start having issues until they are older. If this is the case, the disease may progress too far before it's detected, and the dog may live for one or two years.

On the other hand, if diagnosed soon enough to start treatment, the lifespan may extend to closer to four or five years.

Finally, as mentioned earlier, if the condition only ever reaches borderline or mild, your dog may very well live a full life and do so relatively normally.

No matter what conditions your dog may be prone to, it's always vital to know your dog's habits and personality.

If you ever feel in your gut something seems a bit off with your Shih Tzu, don't hesitate to contact your vet.