13 Foods That Could Be Poisonous To Dogs

You may have heard about some foods poisonous to dogs, that may potentially lead to serious health problems.

Let’s face it, we all love our dogs, and even treat them like a family member.  So sometimes, or maybe even always, we like to share our food with them. 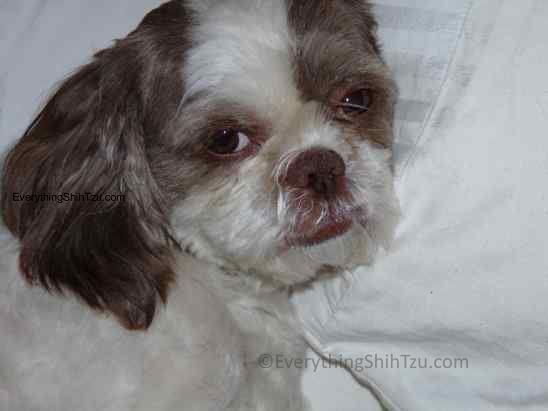 And many of the foods we eat, are perfectly okay for them.

But, some foods can be very dangerous, for our precious furbabies, especially if given too frequently and in large amounts.

Some Human Foods That Are Poisonous to Dogs include:

It doesn’t take a lot of this to do damage to a dogs liver and brain, and on a small dog, it takes even less.

Avocados contains "persin" which is a fungicidal toxin.  This is generally okay for humans.

However when dogs ingest the avocado seeds or skin, it has been known to cause diarrhea and vomiting.  And in large amounts can be toxic to a dog.

You probably already know not to give chocolate to a dog.

Chocolate, especially dark chocolate, can be toxic to a dog's heart and central nervous system, leading to seizures, convulsions and even heart attack.

It can also cause vomiting and diarrhea.

This is a very painful inflammation of the pancreas that could lead to death.

Eating fish can have some benefits for dogs, however too much raw fish, canned fish or cooked fish can cause a thiamine deficiency in some dogs.

Thiamine is a B vitamin, and a deficiency in this can cause loss of appetite and seizures. In very severe cases, it can cause death.

Garlic has great qualities for humans, and maybe even for dogs, but giving a dog garlic is pretty controversial.

Some people think in small quantities it can be okay, especially during the flea and tick season and also helps repel mosquitos.

Grapes, currants and raisins contain an unknown substance that is toxic to dogs that can damage kidneys, leading to renal failure.

Macadamia nuts contain a substance that is toxic to dogs that affects the nervous system and the digestive system.

Symptoms may include muscle spasms, lack of coordination or collapse.

Mushrooms contain toxins that can seriously affect the nervous system and digestive system in dogs.

Mushrooms may also cause a dog to go into shock, which can result in death.

Onions contain disulfides and sulfoxides that cause damage to red blood cells that could result in anemia.

Rhubarb leaves are toxic to dogs, causing damage to the nervous system, the digestive system and the kidneys.

Granted, you would probably never feed a family member rotten or spoiled food, so of course, you wouldn't feed it to your dog either.

Because you know it may contain bacteria and other toxins that can affect their digestive system, and cause vomiting and diarrhea, which means you would be the one cleaning it up.

Xylitol is an ingredient often contained in sugar-free gum.  It is highly toxic and can cause liver damage, seizures, brain trauma and death. 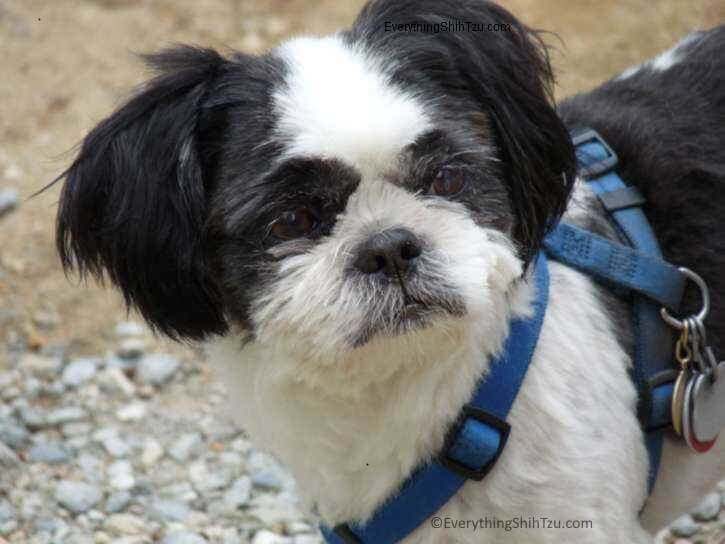 So there you have it, the list of foods that could be very poisonous to dogs.

Just be cautious when sharing your foods with your dog especially if it's on the list above.  And when in doubt, wait, at least until you check it out first.

Not every human food is bad for Shih Tzu dogs, in fact many food in the fruits and vegetables category, can have many benefits for dogs and are actually fine for them to eat.

Is Garlic Really One of the Bad Foods For Dogs?

This is pretty controversial, and I too have often wondered about giving garlic to my dogs.

Garlic has been listed as one of the foods poisonous to dogs, but in reality, some researchers believe that is may not be as bad as previously thought.   And feeding it to your dog, may possibly offers some health benefits.

The key here though, is moderation.

According to the ASPCA, "An occasional low dose, such as those found in most commercial pet foods or treats, would not likely cause problems."

Does this mean garlic is safe for all dogs?  The short answer is No.

Garlic should not be given to dogs if they are anemic, or if having surgery.

They also have to have good digestion

And puppies less than 6 weeks old don’t begin producing new blood cells, so no garlic for them until they're about 6 months old.

Of course, you should always check with your vet before starting any new diet, especially if they include any of these listed foods poisonous to dogs, to be sure it's safe for your little buddy. 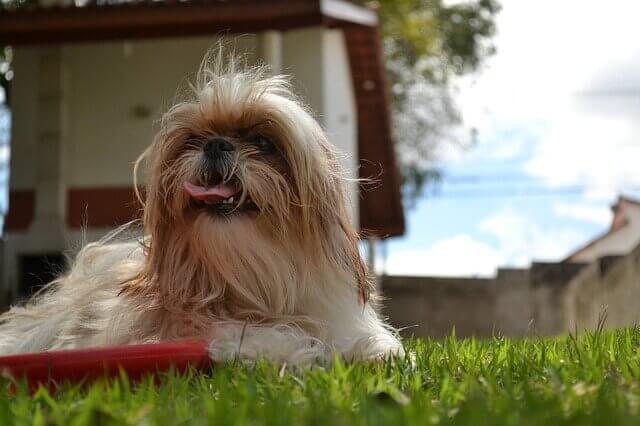 It's Not Just Food...Household Toxins Can Be Hazardous To Dogs Too

So the foods listed above aren't the only thing in your household that could be hazardous to your dogs health.

There are everyday products that we use to clean the house or to get rid of insects and rodents.  Some medications that we may take can really harm a dog too.

I am sure you know there are chemical and toxins like paints, solvents and antifreeze that could be deadly to a dog.

And even some plants can be dangerous for dogs.

Electrical cords and even clothing can be pretty dangerous is your dog likes to chew on things.

Coins, buttons, kid's toys and other small items can be swallowed too.

Several years ago I was watching a pet program on TV about a dog getting out of his crate while his human was out, and he ate cereal boxes and newspapers.

The owner came home to a mess of course so he knew that his dog had been up to some mischief.  But he noticed that his dog seemed to be an agony and brought him to the vet.

There they did some x-rays and saw he has a massive growth like substance in his stomach.

They did surgery on him and when they opened up his stomach they pulled out globs and globs of cardboard and paper which when mixed with his drinking water had formed into a glue like substance.

It reminded me of a paper mache project I did in school years before, using newspapers flour and water to make a piñata.

Anyway what I am trying to say is a dog can be as curious as a toddler when it comes to putting things in their mouth.

So, be sure to puppy proof your home and put things away that could potential cause harm to your beloved pet.