You see it all the time in scary movies; a dog starts to whine or bark because he senses a malevolent presence.

You might have even heard stories about dogs that react adversely to certain people, only to find out later that those people did something bad. 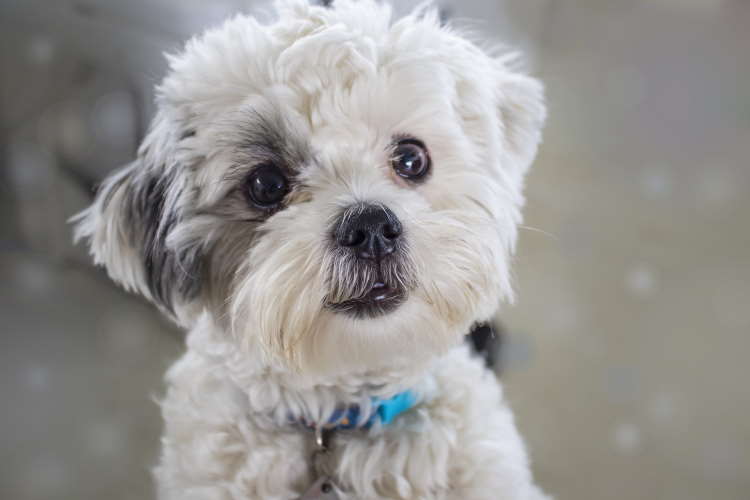 In a nutshell, yes, dogs can sense energy. Although, the more likely scenario is your dog is picking up on negative energy from a human or the environment, and not necessarily a ghost.

The theory behind this canine ability is that pups can sense pheromones.

Pheromones are chemicals released outside of the body that can influence others, typically the same species. But dogs pick up on human pheromones and react to them.

Basically, humans pick up on this negative energy as well, it’s just sometimes we don’t fully recognize it, or we choose to ignore it.

So, if your pup starts to act strangely around an approaching stranger, it could be worthwhile to pay attention. Your furry friend could be alerting you to potential danger.

If you want to know more about pheromones, check out Medical News Today article "What are pheromones and do humans have them?"

Is Your Dog Sensing Negative Energy?

Something else to keep in mind is that most dogs have highly-developed senses, much keener than our own.

When you combine sharp hearing and a keen sense of smell with the ability to detect pheromones, you get one intuitive pup.

It could be that your canine companion senses something in the atmosphere or from a person or even another dog.

Typically, if your dog senses something, he’ll send out some signals.

Depending on your pup’s personality, their reaction can be more fearful, think tucking his tail or whining. Or, it could be aggressive, like snapping, raising his hackles, or growling.

Either way, if your pup is showing negative behaviors, then it likely means he senses something negative. 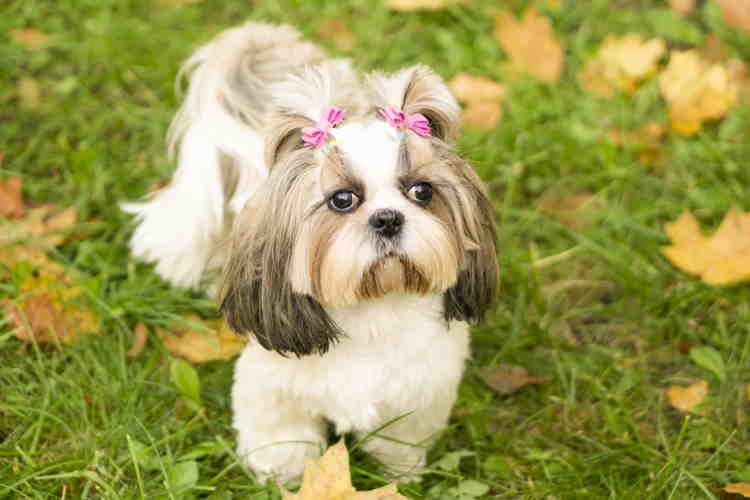 Here are a few things your pup might do that can clue you in to the fact that something is amiss:

If you see your dog engaging in any of these behaviors, especially if he is doing several of them, then it’s reasonable to assume he senses negative energy.

Just because your dog senses something, it doesn’t always mean there’s danger on the horizon. This is why it’s important to pay attention to the cues your dog gives you.

Of course, if your dog starts acting strangely, you may or may not know what is triggering his behavior.

It could be obvious, for example, a person you don’t know approaches you.

However, it might not be something that is readily apparent, like simply strolling through the park with no visible danger in sight.

In some cases, the negative energy could be something you should also be concerned about, but in other cases, it might not be.

For example, I had a dog who, anytime we would light a fire in the fireplace, would intently stare at it, raise her hackles, and growl. For her, the fire was something dangerous that she didn’t understand, so she reacted accordingly.

However, we knew there was no real threat.

Eventually, through desensitizing her to it and training, we could have a pleasant fire without making her anxious and stressed.

My parents had a dog that reacted the same way anytime my dad wore a baseball hat; the dog just didn’t know what this crazy thing was, and he didn’t like it.

In this type of situation, if you know 100% what is causing your dog’s adverse reaction and recognize it is not a real threat, you can acknowledge it and work toward helping your pup overcome his anxiety and fear.

However, there are times when your dog’s ability to sense negative energy could save your life (like alerting you to that approaching stranger who might be up to no good).

Dogs can also sense things like approaching storms and earthquakes due to changes in the earth’s atmosphere, hearing distant thunder the human ear can’t hear, etc.

Many service dogs have training that enables them to alert their owners to potential medical issues like seizures or diabetic attacks.

The training doesn’t make the dogs detect the seizure, it just teaches the dogs to alert their owners to the impending attack. As for how the dogs sense the future episodes, it’s not really understood fully.

But, it is believed to have something to do with instinct and picking up on signals from the person (which the person probably isn’t even aware of).

What Do You Do If Your Dog Senses Negative Energy?

If your dog gives off signals that he senses something negative, the best thing to do is to acknowledge the signals and pay attention.

Suppose it is something your dog always reacts to but isn’t an actual threat, like the fireplace or baseball hat examples. In that case, you can work with your pup through training to help them relax and understand the situation.

Another example of this would be the stereotypical image of a dog chasing the mailman.

Dogs have a bad rap for barking and growling at letter carriers, usually because these people are walking right up to your house, and in some cases pushing things through your front door.

This is another situation in which training and desensitizing can help since it is highly unlikely that the person delivering your mail is doing something bad (except bringing you a bunch of bills).

But, as for trying to stop your dog from reacting at all to negative energy, that’s impossible. Your dog has instincts.

Plus, this can be a helpful quality for your pup to have, as mentioned before, since it can alert you to impending danger.

Therefore, the best thing for you to do is to know your dog, know his personality, and be able to tell when his behavior changes.

For example, if you’re about to head down a dark path and your pup starts backing away, whining, or raising his hackles, it might be best to turn around and go another way.

Your dog is trying to tell you something, and it’s likely in your best interest to listen to what he has to say.