Can A Shih Tzu Be A Guard Dog

When you hear the words "guard dog," you may get an image in your mind of an enormous growling dog, showing his very sharp teeth, looking like it's a breath away from attacking. 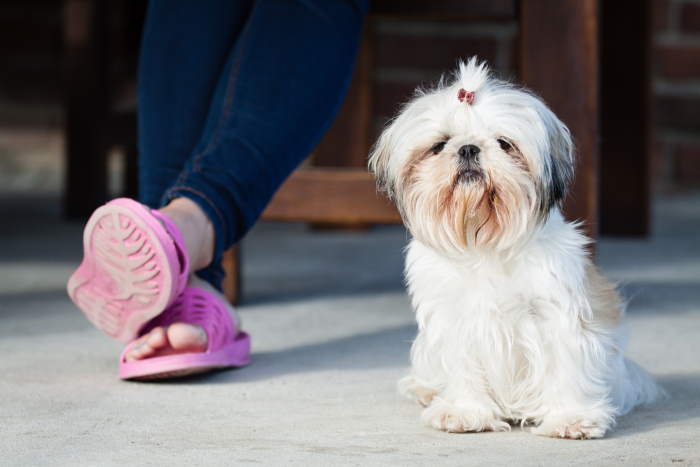 So, with that image in mind, can a Shih Tzu be a guard dog?

Given its small stature, it is highly unlikely that a Shih Tzu would be a suitable guard dog. However, as a watchdog, they can be very effective.

If you want a dog to alert you when someone is looking to get into your home uninvited, a Shih Tzu could be a good deterrent toward an intruder.

However, if you are looking for a dog that will attack an intruder looking to harm your family or vandalize your property, you most likely won’t find that trait from this small breed.

The fact is there is a big difference between a watchdog and a guard dog as we discuss below.

The difference between a watchdog and a guard dog is pretty significant.

A watchdog keeps their eyes and ears vigilant and sounds the alarm, usually by barking, when something isn't right, like when someone comes to your door.

They usually will not attack the intruder, only alert you to their presence.

While a guard dog not only watches and alerts but also engages the intruder through either a bite or by chasing them away with the intention of a bite.

A well-trained watchdog or guard dog will also know the difference between a normal encounter from those that may pose more of a threat.

And our Shih Tzu-Havanese mixed dog Rufus is undoubtedly adept at being a watchdog.

Can Shih Tzu Be Watchdogs? 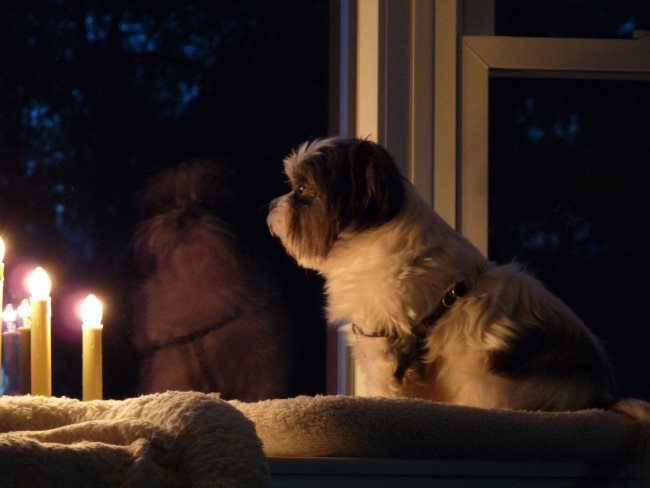 Shih Tzu dogs are pretty smart and have excellent hearing, making them very aware of their surroundings.

You can train them to "alert" you to things that look and sound suspicious.

Dogs are highly sensitive and can sense when something isn't right.

That being said, our little Shih Tzu, Rufus, is the watchdog in our home and, on a smaller level, the guard dog too.

He vigilantly sits in his favorite spot in the window, watching what goes on outside.

If someone approaches the steps onto our property, he will give us a heads up.

He will start with a low growl when they get close to the house to warn us that there is someone outside and that he's not quite sure who they are or whether they should be permitted in yet.

Should that person approach the door, Rufus will continue to bark to let them know that they better watch out because he's on duty, and they will have to get by him before getting inside.

We simply give him the "OK" command to stop the barking, and he goes about his business.

Now, most people, when they see him barking in the window, usually aren't too intimidated by him, primarily because of his size. They may even think, "aw, how cute."

But with Rufus, if someone comes into the house uninvited, they will find themselves being greeted by a small barking dog barreling toward them rather fiercely.

It's usually about this time that they change their minds about him being harmless and cute. In fact, he now becomes much more intimidating to them.

He won't bite them, but he is curious about who enters our domain. So, he will sniff around them and hold them where they stand until they have been given the stamp of approval from us.

However, Rufus is probably the exception rather than the rule of a typical Shih Tzu.

On the other hand, our boy Max has never met a stranger but occasionally lets out a couple of lazy barks when someone enters the house.

He only requires a pat on the head or a simple acknowledgment, and then he'll turn away and play with his toys or even take a nap.

The Typical Temperament of a Shih Tzu

Getting inside your dog's mind is a lot easier than you think.

They don't think like humans and will usually show you who they are and what they're like, pretty early on in your relationship with them.

In other words, they are not complicated beings to figure out.

A typical Shih Tzu temperament is a calm, friendly, loyal, affectionate, and sweet-natured little dog that is hopelessly devoted to you.

Most Shih Tzu would love nothing better than to sit in your lap and cuddle all day.

They are also a quiet breed, so you won't have a lot of unnecessary yapping.

They also have huge personalities and can be a bit on the stubborn side.

Although they are small in stature, they are very solid and sturdy dogs.

We often wonder how they squeeze all that personality into such a tiny little body.

So, with all that cuteness, it's hard not to spoil them while also letting them get away with a little bad behavior now and then.

However, letting bad behavior go unchecked for too long is not a good idea. A little misbehaving now can grow into a bad habit that will be harder to correct later on.

Teaching your dog to be a good watchdog takes a little longer than basic dog training.

But having already trained your dog in the fundamentals of good behavior will make it easier to extend that training into being a good watchdog.

Training A Shih Tzu to Be a Watchdog 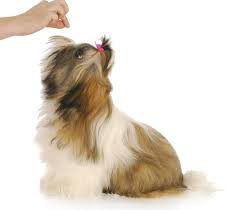 As mentioned above, the role of a watchdog is to simply alert you when they see or hear one of those specific things you want him to bark at, like an intruder.

So, you need to train your dog to know the difference between good barking and inappropriate or excessive barking.

In the beginning, when you're teaching him when to sound the alarm, you must go to him every time he alerts you and observe the reason for his barking.

Then once you see what he's alerting on, you give him praise or discipline.

For example, suppose he is alerting you for a good reason.

In that case, you will praise him with a positive word, his favorite treat, a pat on the head, or maybe all of the above to let him know it was a good alert.

A good alert may be because of a stranger on your property.

However, if he's barking at a squirrel running across the yard, this probably wouldn't be considered a real alert.

For these types of alerts, you would say to him "No" or another word you choose to use consistently for this particular training and walk away without giving a reward.

If you do not do this and do it consistently, you will encourage him to bark at everything.

He will naturally repeat a behavior that brings him things he likes and will soon realize what action doesn't get him those good things.

It will likely take a little time for your dog to understand what he is receiving praise and rewards for, but your Shih Tzu is wise and will eventually get it.

With patience, he will begin only alerting you when it's needed.

You may find that he may still bark at a random squirrel, cat, or even a family member for his own pleasure.

But it will be different than when he's trying to bring your attention to something suspicious.

The process of training him what to alert on and what not to can be sped up by enlisting the aid of friends and neighbors.

Then have your friend try to open the window while making some noise to draw your dogs' attention to them.

Then when he starts barking at your friend, you reward him with praises and treats.

If you want your dog not to bark at people just walking past your home, ask your neighbors to walk past your house every few minutes.

When he barks at them, you can tell your dog that this alert is unacceptable and will not get him praise or rewards. 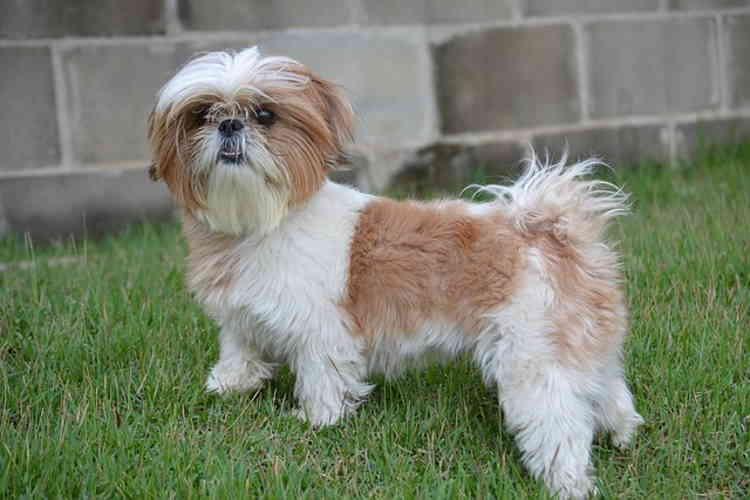 Overall, remember that a Shih Tzu is not a robot. They may not even want to be a watchdog, only your companion, and friend.

If your sole intent in getting a dog is to guard your home or family, you may want to consider another breed. Maybe a larger breed bred for this type of work.

But if your heart is set on sharing your home with a Shih Tzu, training them to alert you to strangers will take patience and consistency.

But remember that he would likely prefer to sit on your lap and cuddle.