Dog Body Language: Understand What Your Dog Trying To Tell You

Understanding a dog's body language can help you better understand your Shih Tzu.

Let's face it, these tiny little guys are so darn cute that we often forget to look for the subtle cues they give us when communicating through body language. 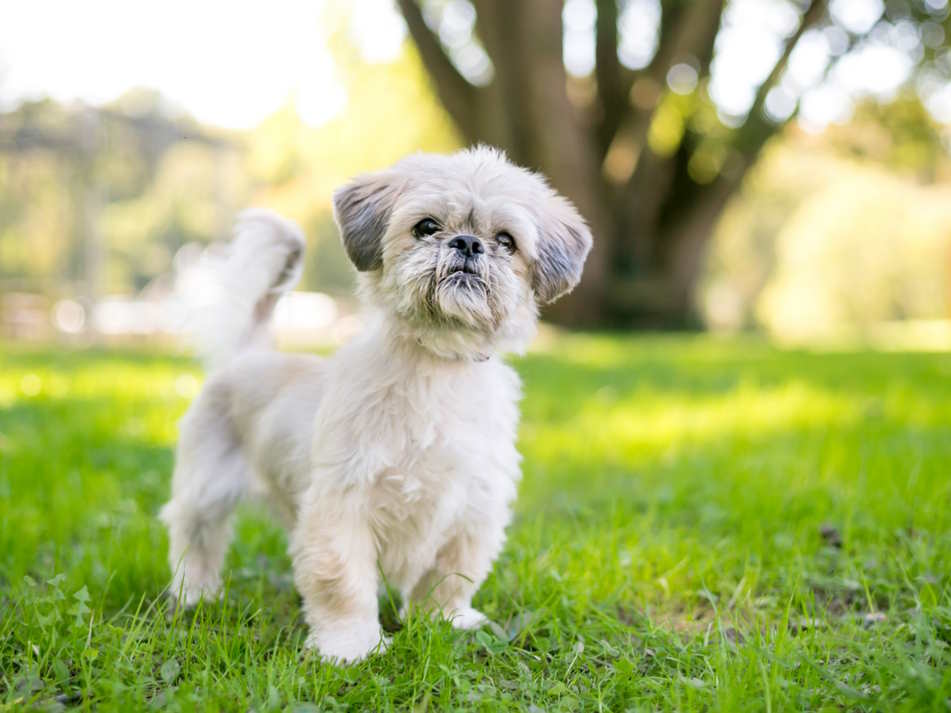 Dog body language is a form of nonverbal communication that dogs use to express their emotions and intentions. It is a combination of facial expressions, vocalizations, tail movements, posture, and other physical signs that can convey various messages.

By learning to interpret these signals, we can deepen our connection with our canine companions and better understand their needs.

So, what can a Shih Tzu tell you? A lot!

Keep reading to learn more about your dog's body language

What Is Dog Body Language

Dogs are incredibly expressive and can communicate a lot through their body language.

One of the most important aspects of dog-human communication is understanding the language that dogs use to express themselves.

Dog body language is a form of communication used by dogs to communicate with both humans and other dogs.

It’s a set of behaviors, postures, and facial expressions that can be used to convey messages about a dog’s emotional state.

By understanding dog body language, humans are able to better interpret their dog’s feelings and intentions.

It's remarkable how much information dogs can communicate to each other without the ability of actually speaking.

But thankfully, by observation our dogs, we can interpret their language and make sure our furry friends needs are not being lost in translation.

Dogs communicate through a variety of visual, auditory, and smell signals.

Here's a look at the different types of body language that you should be aware of when trying to interpret your dog's messages.

The subtle expressions on a dog's face can reveal a lot about their emotions and intentions.

For example, dogs will use their eyes to express emotions such as fear, aggression, and joy.

For example, a dog may raise his eyebrows to show excitement or squint his eyes to indicate fear.

The mouth can also be a great indicator of a dog's emotional state.

For example, when a dog is happy, they'll often have a relaxed, open mouth with their tongue slightly visible.

On the other hand, a dog that's feeling aggressive may have their lips pulled back and teeth bared.

The way a dog stands or moves can also provide crucial clues into their emotional state.

Dogs may stand tall and alert when feeling confident or lower their body and tuck their tail when they're anxious or scared.

The frequency and intensity of a pup's movements can also give clues to their emotional state.

For example, a dog that's feeling relaxed will have slow, gentle movements.

In contrast, a tense or aggressive dog may have more rapid and jerky movements.

The position of a pup's tail and ears can also help us gauge its mood.

For example, a relaxed puppy will often have a loose, wagging tail and soft ears, while a dog that's feeling scared or aggressive may have a tucked tail and lowered ears.

The speed of the tail wag can also give us important information.

For example, a slow, gentle wag often indicates contentment. In contrast, a rapid wag can signify excitement or playfulness.

Dogs also communicate through vocalizations such as barking, growling, and whining.

The tone and volume of these sounds can provide essential clues to a pup's emotional state.

For example, a low, growling bark may indicate aggression, while a high-pitched, yapping bark could signify excitement or joy.

When trying to read your pup's body language, there are several key signs to look for, especially when socializing your dog with other dogs and people.

Here's a closer look at some of the most common signals you should be aware of.

When a dog feels relaxed, they will often display friendly body language. Common signs of relaxation include a 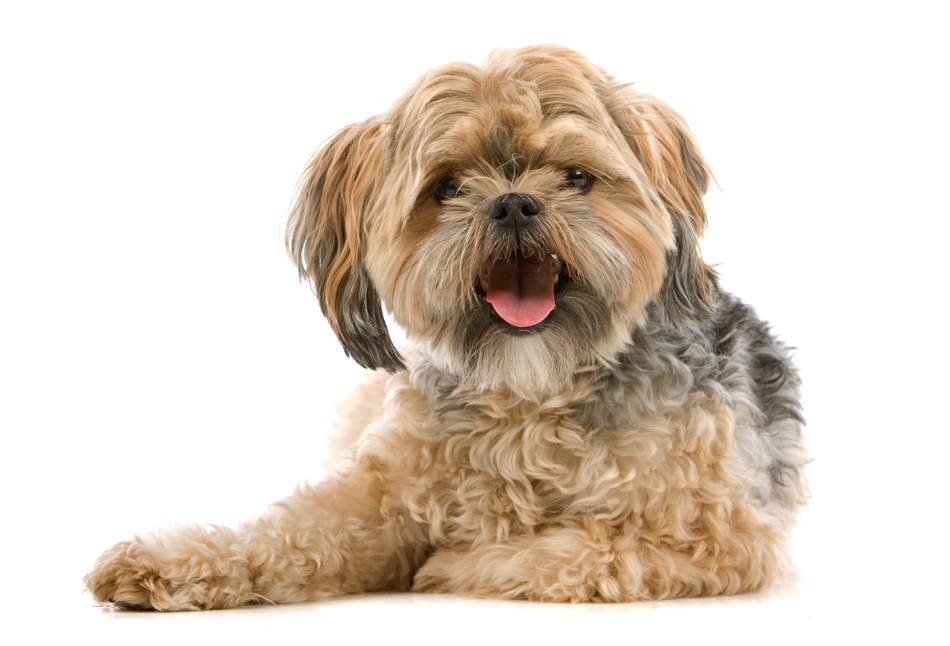 When a dog wants to play, they have a clear body language that can easily be spotted. 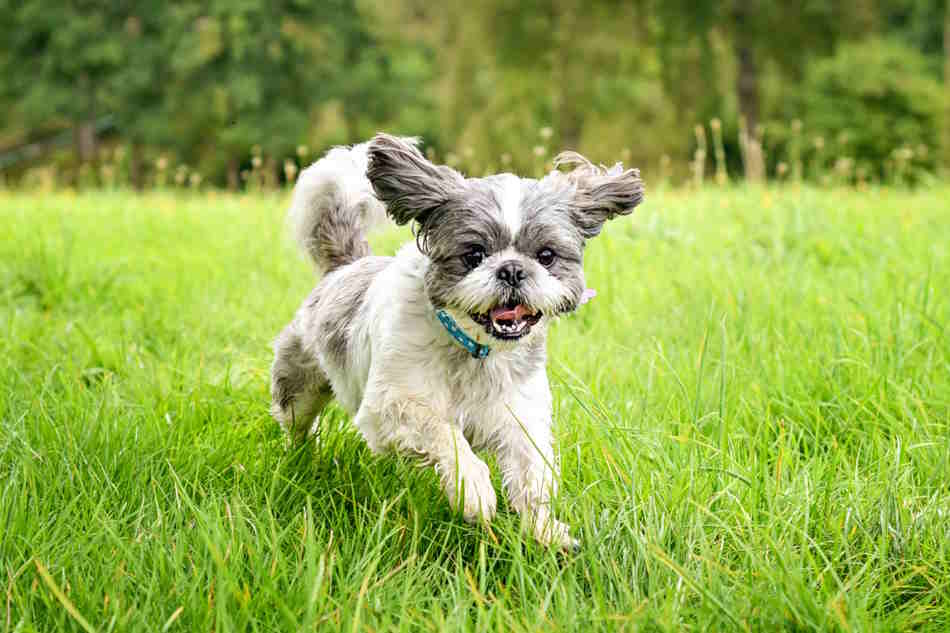 When a dog is feeling fear or anxiety, they may display body language that is quite different from when they are excited to play.

Common signs of fear and anxiety in dogs

These behaviors are signs that a dog is uncomfortable and wants some space, so it's important to respect their wishes and give them the time they need to feel relaxed and secure again.

Aggressive dog body language can tell a lot about how a dog is feeling at that particular moment. So, it is important to understand not only your dog's body language, but other dogs as well, as it can help you know when they may need some space or a change in environment.

When aggressive dog body language is observed it is vital to avoid making direct eye contact with the dog, as they may interpret this as a threat.

During an aggressive display, it’s critical to remain calm and avoid any sudden movements; slowly back away from the aggressive dog and give it space.

If you’re able, try to distract the animal with a toy or treat to counter its aggressive behaviors, note that this may or may not distract the dog, but if it does safely put as much distance between you and the aggressive dog.

Growling is a warning sign that should not be ignored; it means your dog feels threatened and needs space. If the growling continues, removing yourself and your pet from the situation is best.

Submissive dogs generally have body language that communicates their desire to avoid aggressive behavior, and show respect and deference to their handlers or the animals they are interacting with.

The most common signs of a submissive dog include:

This behavior is designed to demonstrate harmless intentions and can be seen in a variety of situations, such as when a new dog is introduced to the pack or when two dogs are competing for resources.

Submissive behavior can also be observed during playtime and when a dominant dog approaches.

In addition to these physical signs, submissive dogs may make vocalizations such as whimpering or whining that indicate their submission.

In addition to body movements, dog vocalizations can also be an important signal of dog emotions.

Dogs use a variety of noises, such as

Barking is often used as an alarm or warning sound or can even be used in play, while howling can be an expression of joy, sadness, or loneliness.

So, take note of the dog's tone and frequency when trying to interpret their vocalization.

Tips on How To Read Your Dog's Body Language

Learning to read your dog's body language can take time and patience, but it is a skill that will pay off in the long run, as it will help you understand how they're feeling and what they need from you.

Here are a few tips to help you read your dog's signals more effectively:

Despite its complexity, a few common misconceptions about dog body language are worth noting. Here are a few of the most common:

Understanding the body language of your Shih Tzu can help you create a better connection with them and make it easier to communicate.

A dog uses facial expressions, vocalizations, tail movements, posture, and other physical signs to signal their emotions or intentions.

By learning how to interpret these signals correctly, we can understand our dog's needs more effectively and respond appropriately.

Now that you have read this article on understanding different types of dog body language, key postures to look out for, and common misconceptions about canine behavior – why not take some time today to observe your dog?

You may be surprised at what they are trying to tell you!